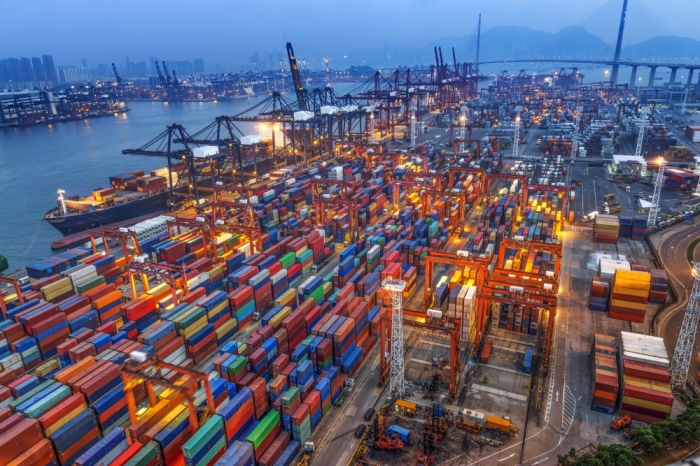 The total amount of seaport cargo stood at 128.8 million tons in August, up from 119.1 million tons tallied a year earlier, according to the data by the Ministry of Oceans and Fisheries.

Shipments of automobiles and coal jumped 77.1 percent and 22.8 percent, respectively, while traffic of sand and iron materials each dropped 40.3 percent and 27.1 percent over the cited period, the ministry noted.

A total of 1.3 million TEUs of export-import cargo was handled by the country's ports over the same period, up 7 percent from the previous year's 1.2 million TEUs.

Busan, South Korea's largest maritime gateway, said it processed 31.8 million tons of cargo during the month, followed by the southwestern port of Gwangyang with 26.4 million tons and Ulsan on the southeast coast with 16.4 million tons, the lastest data showed.

Trade shipments have been on a steady rise as Asia's fourth-largest economy has seen its exports gain ground since November on the back of recovering world trade and risigin oil prices.

Maersk, MSC resort to Emergency Bunker Surcharge amid Rising ... 2018.05.30by Limited success forecast for alliance of 14 Korean container ... Next

Limited success forecast for alliance of 14 Korean container ... 2017.08.14by
Up Down Go comment Print Attachment
List Up