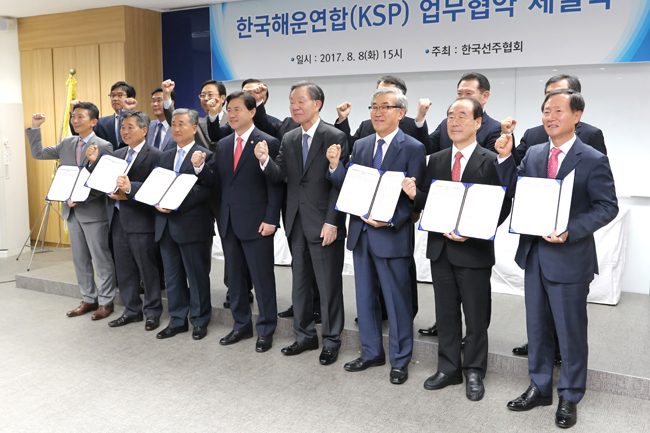 The Korea Shipping Partnership brings together 14 Korean lines operating on the intra-Asia trade in a voluntary cooperation.

With an aim of starting operations in early 2018 it is expected to initially focus on the Korea - Southeast Asia routes to Vietnam, Thailand and Indonesia. The alliance was announced by the Korea Shipowners Association, but none of the individual lines have issued a statement on the cooperation.

It will operate alongside the HMM + K2 alliance formed in January this year between HMM, Sinokor and Heung-A which Alphaliner noted had had limited success in the form of slot exchanges on the intra-Asian trades. “Generally speaking, Korean carriers remain fiercely competitive. This is also illustrated by KMTC and SM Line, which opted to stay out of the HMM+K2 arrangement and pursue their own growth plans,” Alphaliner said in its weekly newsletter.

It also sees limited success for the new alliance unless full-fledged consolidation is forthcoming.