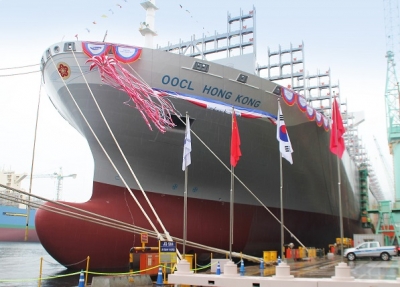 With the number of ultra-large container vessels of 18,000 teu and over set to nearly double from 58 to 105 over the next couple of years they will form the majority of capacity on the Asia – Europe trade by end 2018.

With 47 more ultra-large containerships due to be delivered predominately in 2017 and 2018 SeaIntel assumes that with a 5% growth of the Asia – Europe trade 18,000 teu and larger boxships will account for 61% of capacity on the trade by the end of 2018.

This move is not all good news SeaIntel believes with it likely to put both pressure on freight rates due to lower slot rates and put pressure on port and terminals on the Asia – Europe trade.

CMA CGM to start new service linking Black Sea to Morocco and... 2017.08.09by
Up Down Go comment Print Attachment
List Up